Nobody can replace anybody.

There was the time when America supplied the world with cheese, dry milk, money, and myriads of other wonderful things and she was known for those actions. She was loved all over the world. That time was when USA was the number one creditor nation. That was the time when gold in US Fort Knox was the fortress of wealth, repository of power, emblem of superiority and comfort for the world dependence. All has now changed. The opposite now lamentably reigns supreme.

The world knew it could always rely on America if they get in any crunch, especially financial or from lack of sustenance. The world looked at us for what they can emulate. The world wanted to be like America, as in “be like Mike”. I know these things because I was one of the beneficiaries of them all. 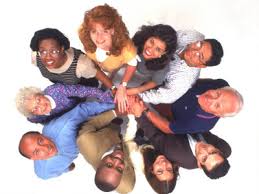 I love this land and that is why I have withstood all the challenges of being an American, challenges which are substantial. I love this land because of its diversity, the play of colors, the amalgamation of cultures, the cuisine, the looks, the walks, the lingoes, festivities, the width and depth of evolutionary contributions each culture brings into the American experiment.  There is no White supremacy or Black supremacy. To me, this is America, this is who we are Americans.

We are variables, different, unique and special. We are like the variables of a body, the head, the toes, the heart, the lungs, the stomach, the anus; all, very important to the wholeness, functionality, beauty and health of the one body – America. Do not let any one convince you otherwise. This county is beautiful not only for it’s locality, it’s size, power but for it’s people, it’s diversity. What the universe had orchestrated and put together let no one put asunder.

Nobody can replace anybody. Latino-Americans, Israeli-Americans, Asian-Americans and African-Americans do not want to replace European-Americans anymore than they can do so even if they want to. Nobody, not anyone race has the power to replace anybody or another race. If you do not believe me, look through the history. Has anyone race ever been replaced by another? No. So, let us get rid of this misnomer, this confusion, this divisiveness, this ignorance and fear and face the real plan, which is the ploy to “divide and conquer”. Plot to seize power; the totalitarian and dictatorial maneuvers in fashioning seizure.

There was the time when buying American was a substantial goal in itself, now, as everything else, obsolescence, disarray, mistrust and distrust ushered in to serve greed, for the satisfaction of power grab. And things began to fall apart. Profits became the kingly throne of selfishness and grabs for power and control, leading to the erosion of the pretty pedestal on the shinny seas where American flag need to stay flying. There is nothing wrong with profits, if the profits come from giving value. The profit must balance the equation with value, otherwise profit will not last. When profit is an outcome of deceit and offshoot of greed, it is bound to lead into where we are today, which is reflected in the fear of some of my fellow Americans, lashing out, misbehaving and catering to their dark side deeply, to express it in carnage as we are now faced with.

Nobody can replace anybody. As Shakespeare said,…we each come on stage of life, we do our part and when our their character is done and the time comes, we leave the stage and that’s it…you can neither take anything with you nor do anything about it, once you are gone. Know that you cannot inherit the earth. It is not yours in the first case and no on gave it for your claim, only for your use, so let everybody have the use of it. America is our mother, our home and we are all brothers and sisters anyway. You wouldn’t want to cast your sisters or brothers, mother, father or children off somewhere else, would you? That is what America is; our home, and we are family.

This is the time to unite, to dig in deep into our light side, to give love an expression, to let tolerance serve the order of the day.

I talked to many people and consider from the people I know and observe; to say that that, many people of different races in America has relationships with and relations in other persons of other races, either in marriage, as friends, as children of mixed couples, neighbors, religious associates, fraternity or sororities, contributors and champions of same causes and like-minds on many other levels.

As for me, I know first hand, experiential and existentially, deeply within myself that, I love everyone where everyone is uniquely beautiful. I know that I am one with each and everyone. What we are going through is reflective and symptomatic of ignorance of our oneness.

Someone said that a hand cannot be mad at it’s fingers enough to cut one of the fingers off.. We are the fingers serving the hand. Know that now if you have not known that till now. There is no supremacy of anything to anything else. We do not have to wait until the well is dry to appreciate the value of water, dirty or clean. Thank you for reading this far. I love you. #supremacyexpro

Copyright © 2017 ExProServe is Managed and Updated by ExProServe.
Home | Contact Us | Sitemap